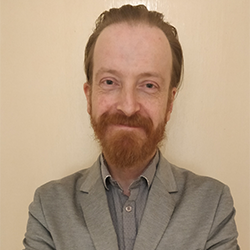 Brian is a Principal Clinical Neuropsychologist with ABI Ireland. He has worked with Acquired Brain Injury Ireland since 2006. He previously held the post of Locum Senior Clinical Psychologist with the National Rehabilitation Hospital for four months. Brian has also worked as a Clinical Psychologist for the HSE over 5 years and was involved in the assessment and treatment of a variety of problems occurring in children, adults and families. Prior to his doctorate training he worked for Headway Ireland in 1999 as a Vocational Training Officer and was involved in research on adjustment to spinal cord injuries from 1996 to 1998. He has been developing expertise in working with people with neurological damage over the last two decades. Brian holds a Doctorate in Clinical Psychology from University College Dublin and Master’s degrees from University College Dublin and Trinity College Dublin. He is a former chair of the Psychological Society of Ireland (PSI) Division of Neuropsychology and was the PSI rep on the National Clinical Program for Rehabilitation Medicine Working Group for several years. Brian teaches on the Trinity College Dublin Doctorate in Clinical Psychology Programme and on the University College Dublin Masters in Rehabilitation and Disability studies. Brian has been appointed President of the World Congress on Brain Injury and will lead the Scientific Committee for the Dublin 2023 World Congress on Brain Injury.